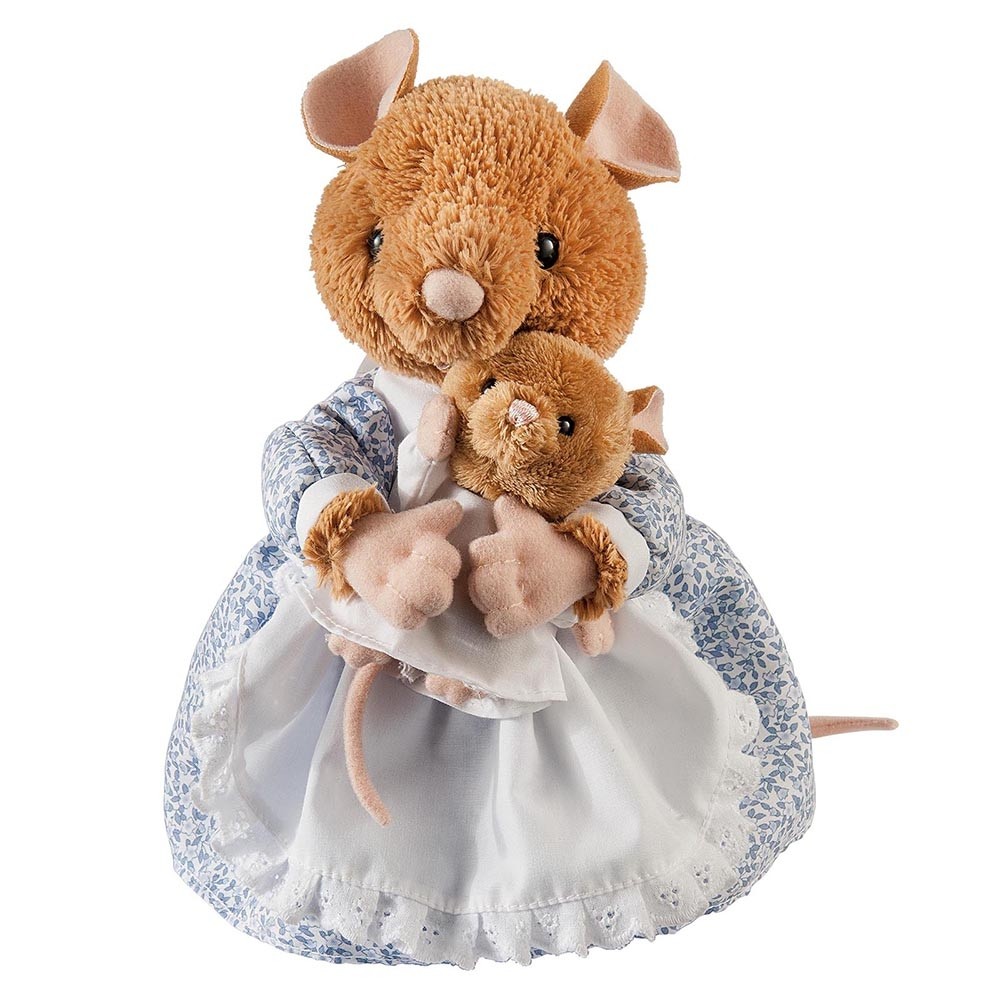 Hunca Munca is from "The Tale of Two Bad Mice" written by Beatrix Potter.

The Tale of Two Bad Mice is a children's book written and illustrated by Beatrix Potter, and published by Frederick Warne & Co. in September 1904.

Potter took inspiration for the tale from two mice caught in a cage-trap in her cousin's home and a dollhouse being constructed by her editor and publisher Norman Warne as a Christmas gift for his niece Winifred. During the course of the tale's development, Potter and Warne fell in love and became engaged, much to the annoyance of Potter's parents who were grooming their daughter to be a permanent resident and housekeeper in their London home.

The tale is about two mice who vandalize a dollhouse. After finding the food on the dining room table made of plaster, they smash the dishes, throw the doll clothing out the window, tear the bolster, and carry off a number of articles to their mouse-hole. When the little girl who owns the dollhouse discovers the destruction, she positions a policeman doll outside the front door to ward off any future depredation. The two mice atone for their crime spree by putting a crooked sixpence in the doll's stocking on Christmas Eve and sweeping the house every morning with a dust-pan and broom.