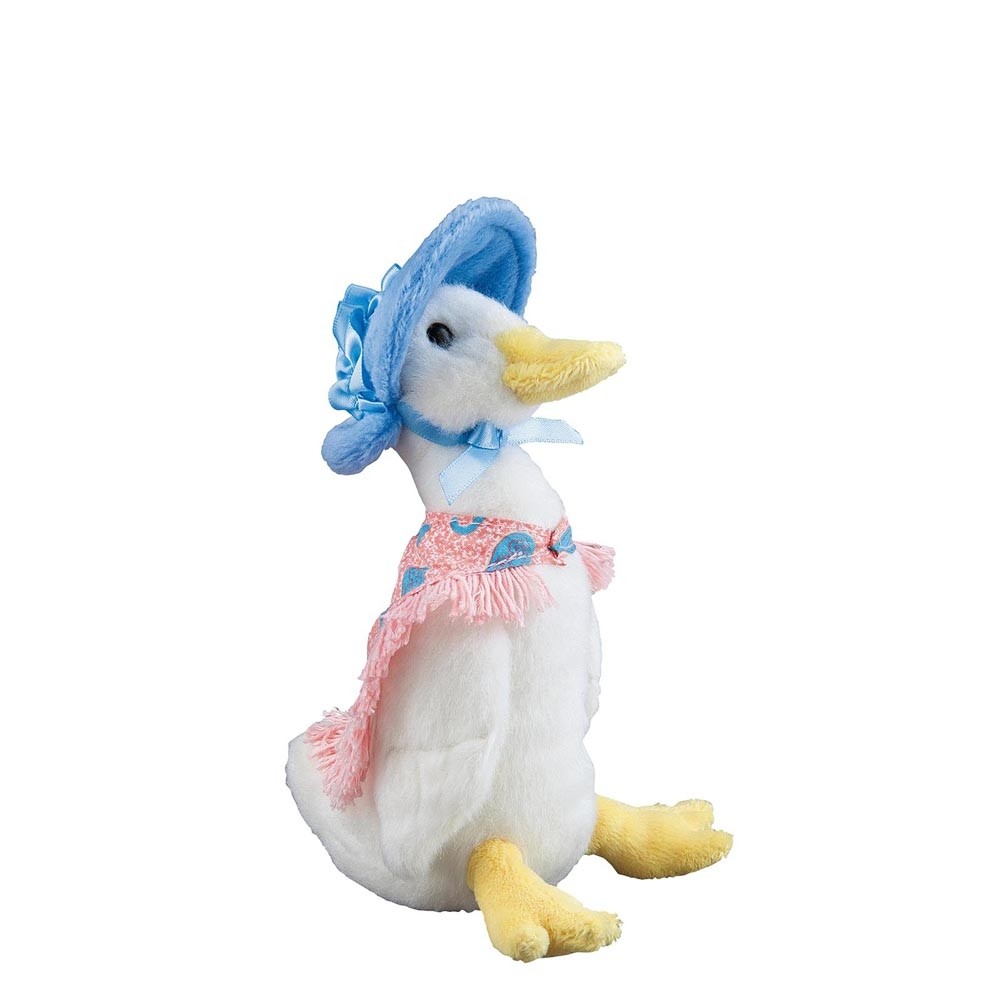 Jemima Puddle-duck wears her trademark bonnet and pink and blue shawl with tassles, and makes a charming gift for any baby girl.

Beatrix Potter's The Tale of Jemima Puddle-duck was first published in 1908.
The story tells of a duck named Jemima Puddle-Duck not being allowed to keep the eggs she lays at the farm, so she seeks out a nesting place in the forest. A charming gentleman fox (Mr Tod) talks her into nesting at his house on a mysteriously ample supply of feathers. He sends the naive Jemima out to collect traditional herbs for stuffing a duck, saying it is for an omelette. The farm collie, Kep, is able to see through the fox's plan and rescues Jemima. She is eventually able to hatch four ducklings back at the farm.